Last Friday 27th, part of the LIFE GySTRA project team had its first working session in the facilities of the General Directorate of Traffic (DGT) in Madrid.

During the meeting, the execution of the first two project actions was planned: the planification of each sustainable policy (in Madrid and Graz) and the requirements for the selection of the exact sites of the deployment of the RSD+ equpments according legislation. 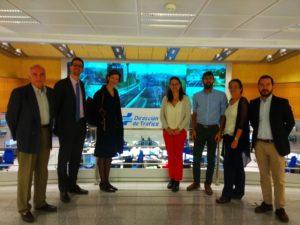 The DGT confirms its commitment to the LIFE GySTRA